Rispoval by Zoetis | MOA animation of a vaccine for heifers

Zoetis is an animal health company in charge of developing different animal medicines and vaccines. Zoetis provides a wide range of solutions from products to treat bacterial infections to therapies used for surgical procedures.

From 3DforScience, we produced a 3D scientific animation explaining the mechanism of Rispoval vaccine to treat heifers. Rispoval is taken via the nasal route for a higher efficiency effect as it doesn’t interfere with the colostral antibodies fighting against fibronecrotic pneumonia. 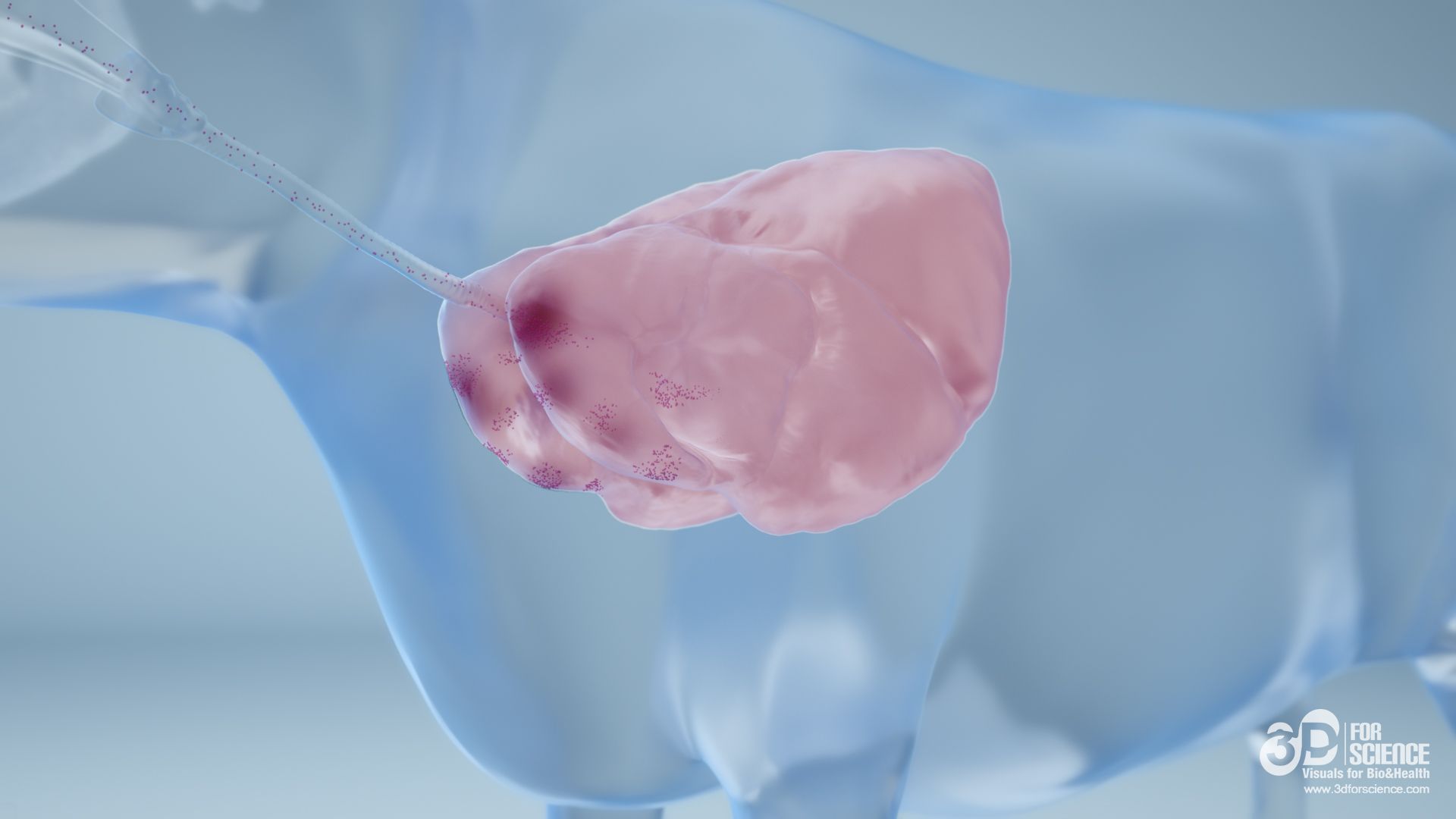 Mannheimia haemolytica is an important pathogenic bacterium related with bovine pneumonic pasteurellosis. It is present in bovine nasopharynx and during an infectious process it can proliferate leading to the production of leucotoxine, a molecule that destroys the leucocytes. How this leucotoxine affects the pulmonary tissue is important to understand the effectiveness of Rispoval. 3DforScience needs to fully comprehend all the procedure and the client needs to be able to develop the moa animation.

We start by presenting the main phases of the project in 2d to later move to 3d animations. From that images the clients provide their feedback, and once they are satisfied the same image is constructed in 3d for the development of the video.

As a first step, the analysis and understanding of the information provided by the client is needed. This information must be clear for both the scientific and creative team, for the latest one start sketching the project. Once the sketch is ready and it has been accepted by the client, is time to translate it to 3d animations. The target animal in which Rispoval is going to act was the first thing that was designed. A study of the anatomy of its respiratory system needed to be performed, highlighting the place where this vaccine is going to act, the lungs.

Creating the mechanism of action

As a next step, it was necessary to create the mechanism of action of the antibodies reacting with the toxine that had accumulated at the lungs. This part was interesting as two different antibodies were needed to kill the bacteria on one side and the toxine on the other side.

Finally, we wanted to focus on the adjuvant Amphigen where the right lighting, transition and camera movements were necessary to acquire a satisfactory result. Amphigen is the principal component which makes Rispoval differ from other colloquial vaccines, because due to the configuration of this molecule more antigens get attach to it. This way toxic molecules are faster eliminated.

The animation comes to live

With all this procedure the mechanism of Rispoval comes to life, as only one dose is needed to prevent the bovines from this disease. Therefore, a healthier heifer with a stronger immune response will result. 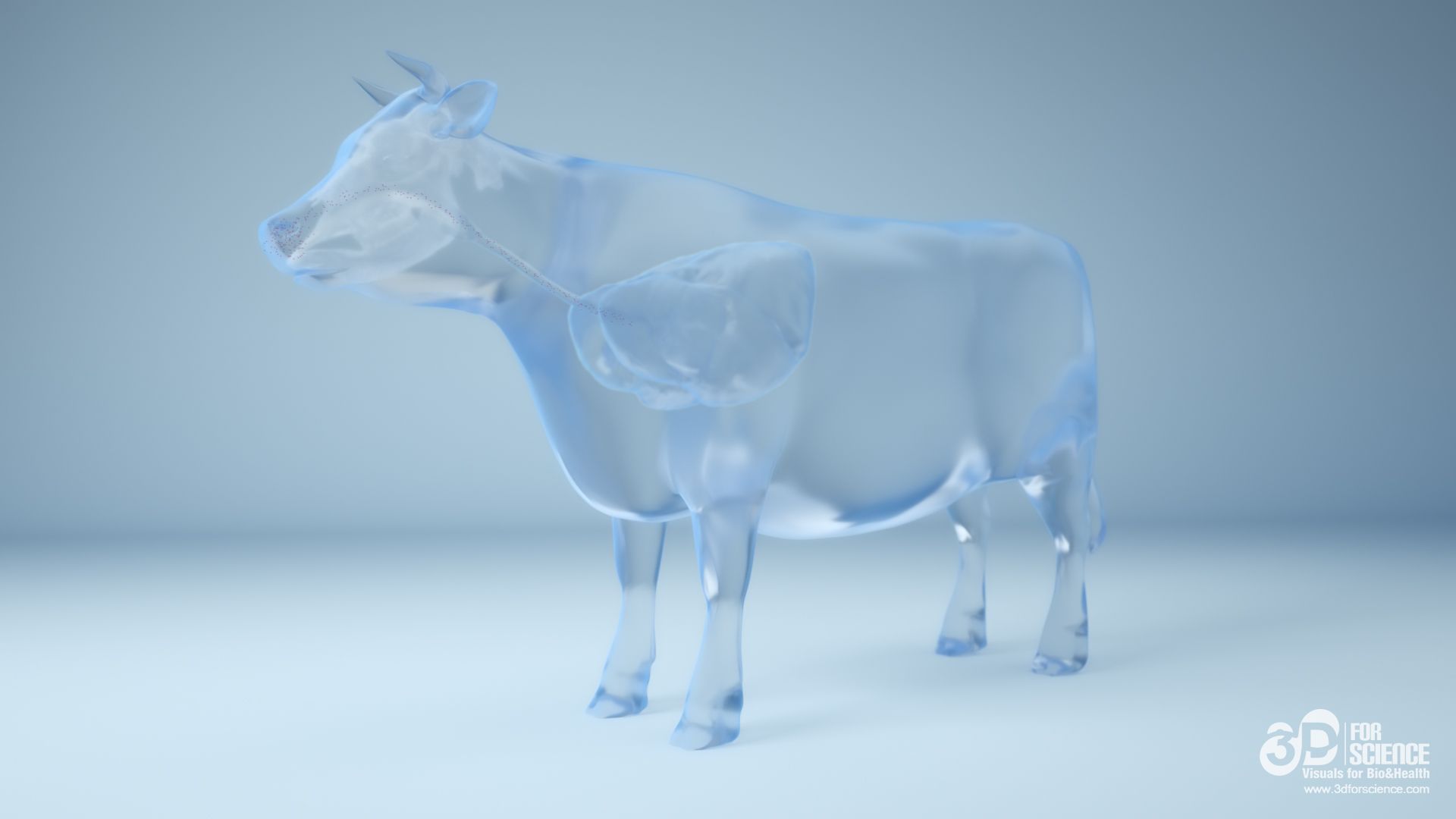