PMIS needed to explain in an efficient way how the High Content Screening Technology (HCS) works and helps to assess cytotoxic assays and removes a lot of tedious work for the investigators. To explain this technology requires a good conceptualization that will lead to high-quality 3D animation.

“We love the 3D scientific animation that was made, and so do all people we show it to.” 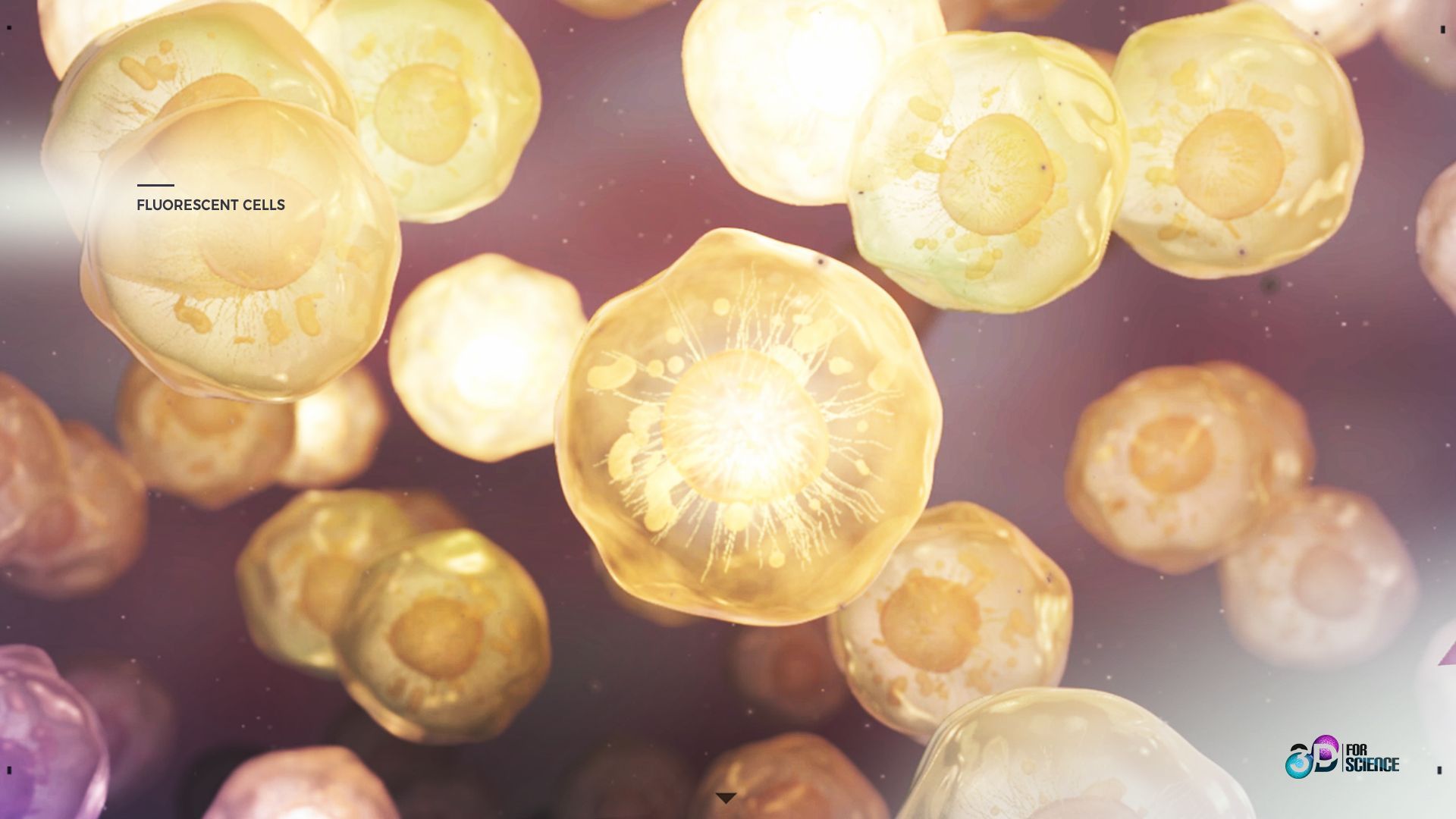 –
PMIS HCS technology provides investigators and easy way to handle all the data received from the cytotoxic assays. This technology allows measuring at the same time many features of cells. Explaining HCS technology in an animation requires an understanding of the technique in combination with a creative process and high expertise in 3D animation, that leads into visuals that will impact in an effective way into the professional audience.

During the animation, we provide the viewers with an easy understanding of a complex technique and all the possibilities that offers. High-quality rendering is used to achieve, incredible graphics so its possible to understand what is happening at a molecular level inside a cell.

How 3D for Science Generated this animation

Firstly, we gathered all the possible information and received a presentation from the client, that was being used to explain HCS technology. From this presentation, we abstracted illustrations that we use as a reference for the future animations.

–
The most significant elements of the animation are visualized based on the selected style. 3D modeling, texturing, scene lighting, visual effects … what is necessary to create the best visual reference.
In this project the protagonist is our biosimilar product, the antibody. Its color and its translucent forms are distinctive of Mabxience’s identity. 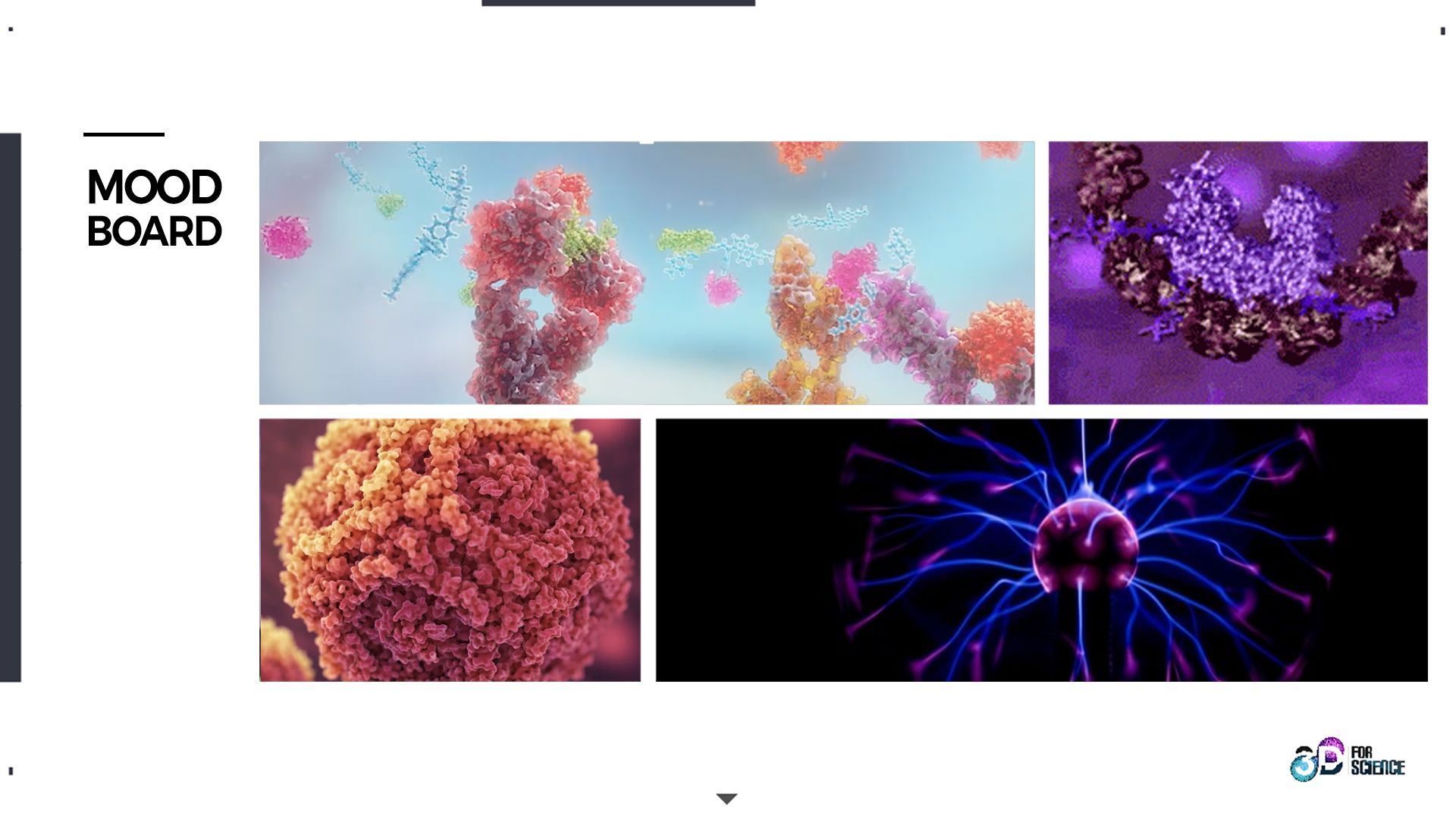 –
We take into consideration each element, which will be recreated with a scientific accuracy and precision. 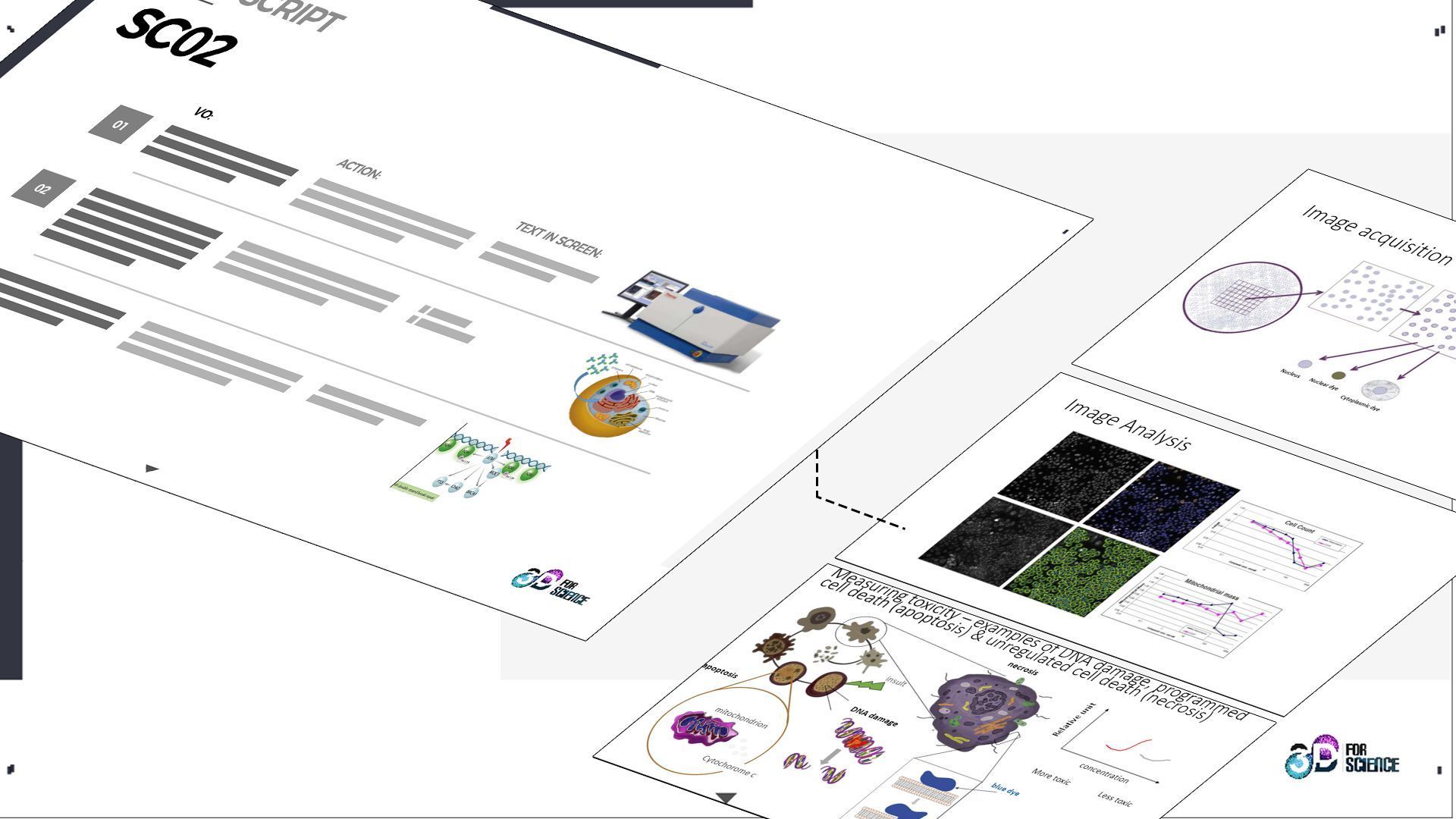 –
We focus the scene in the nucleus, where we are going to visualize the entry of the monoclonal antibody into the nucleus of the cell. 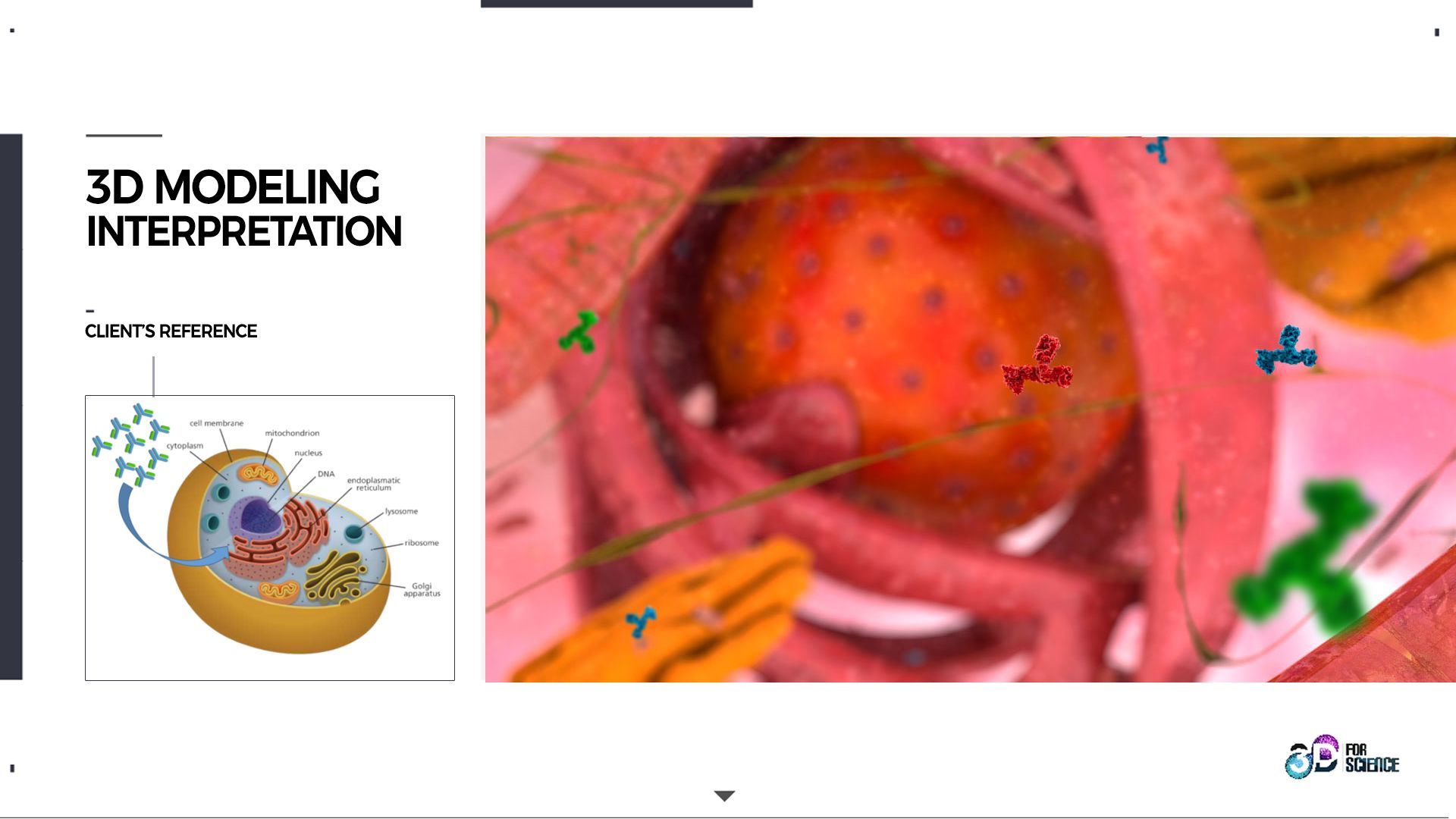 –
The adaptation of any scheme requires to give them a more visual approach. Here we keep the colors to generate an idea of how the technology is going to give the outputs to the researchers. In both images, the provided information is the same but the visuals effect make the technology more attractive. 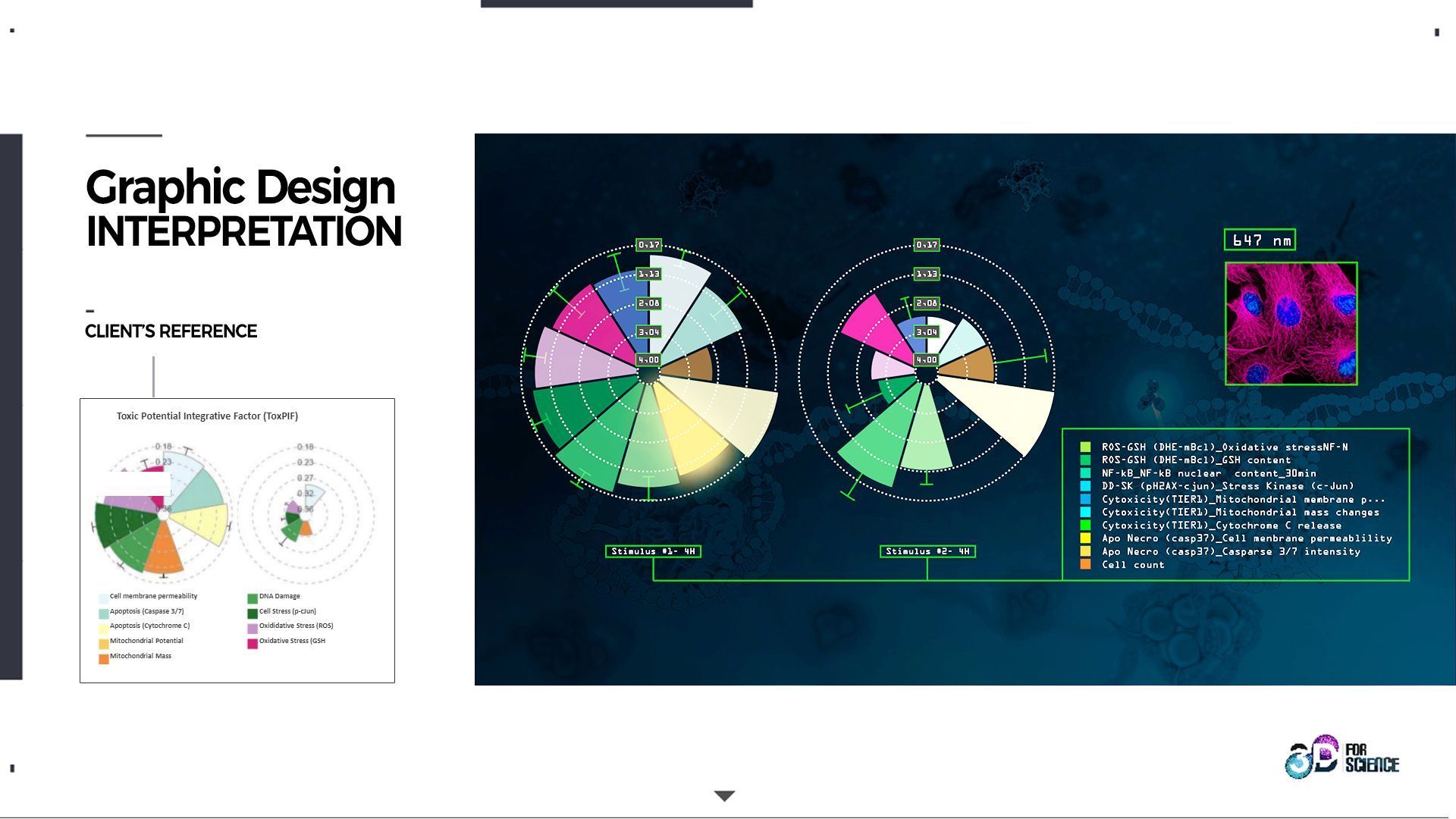 –
From the raw drawing of an octamer of histones, we represent with accuracy and reliability the size of the histones in relation to the antibody. The client had the chance to give us feedback about the visuals, and how the mechanism of interaction between histone and antibody works. 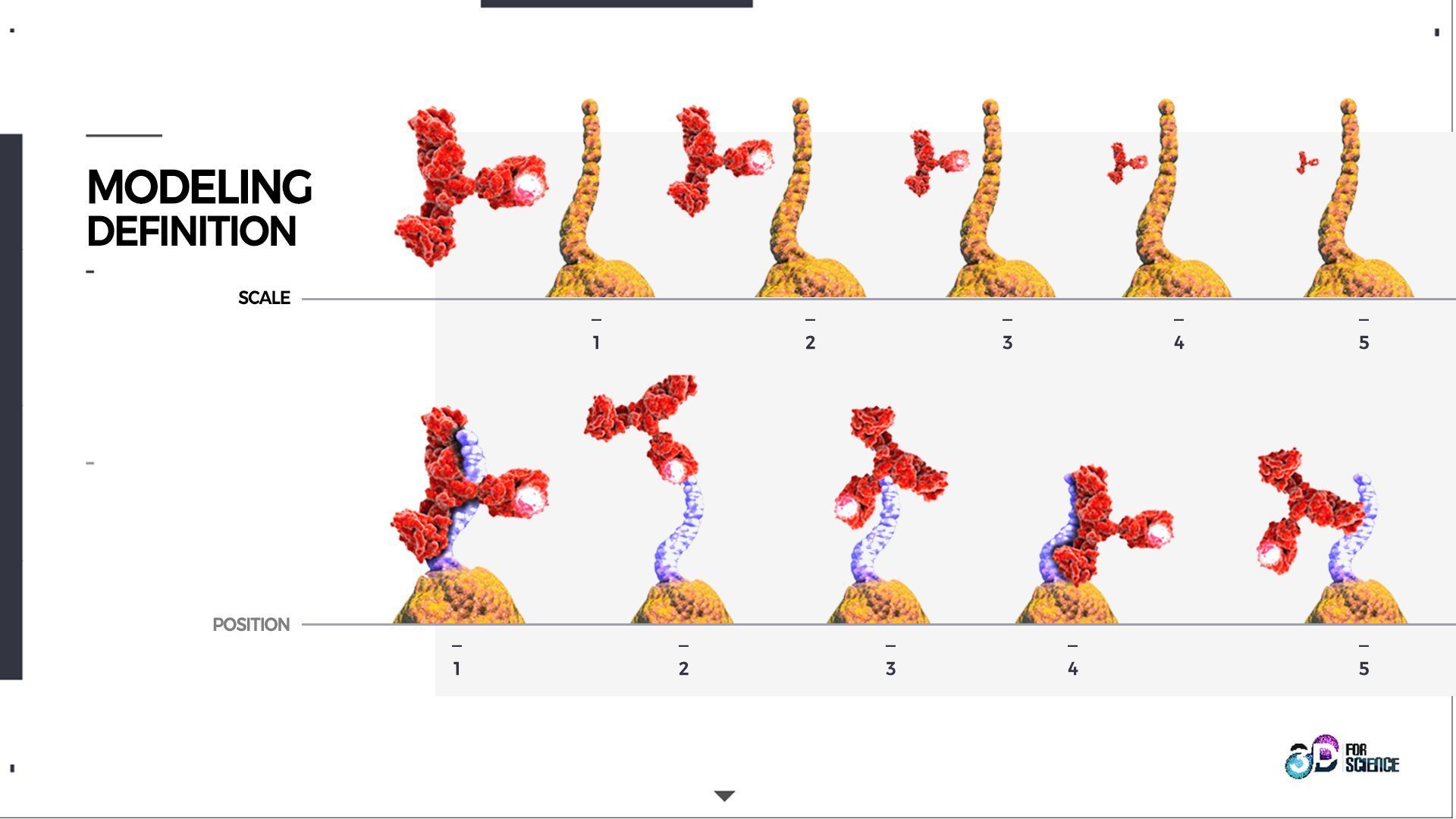 –
After the client´s feedback, we achieve the amination of the biological process, showing how the antibody is going to recognize the histone, and emitting fluorescence when there is DNA damage. 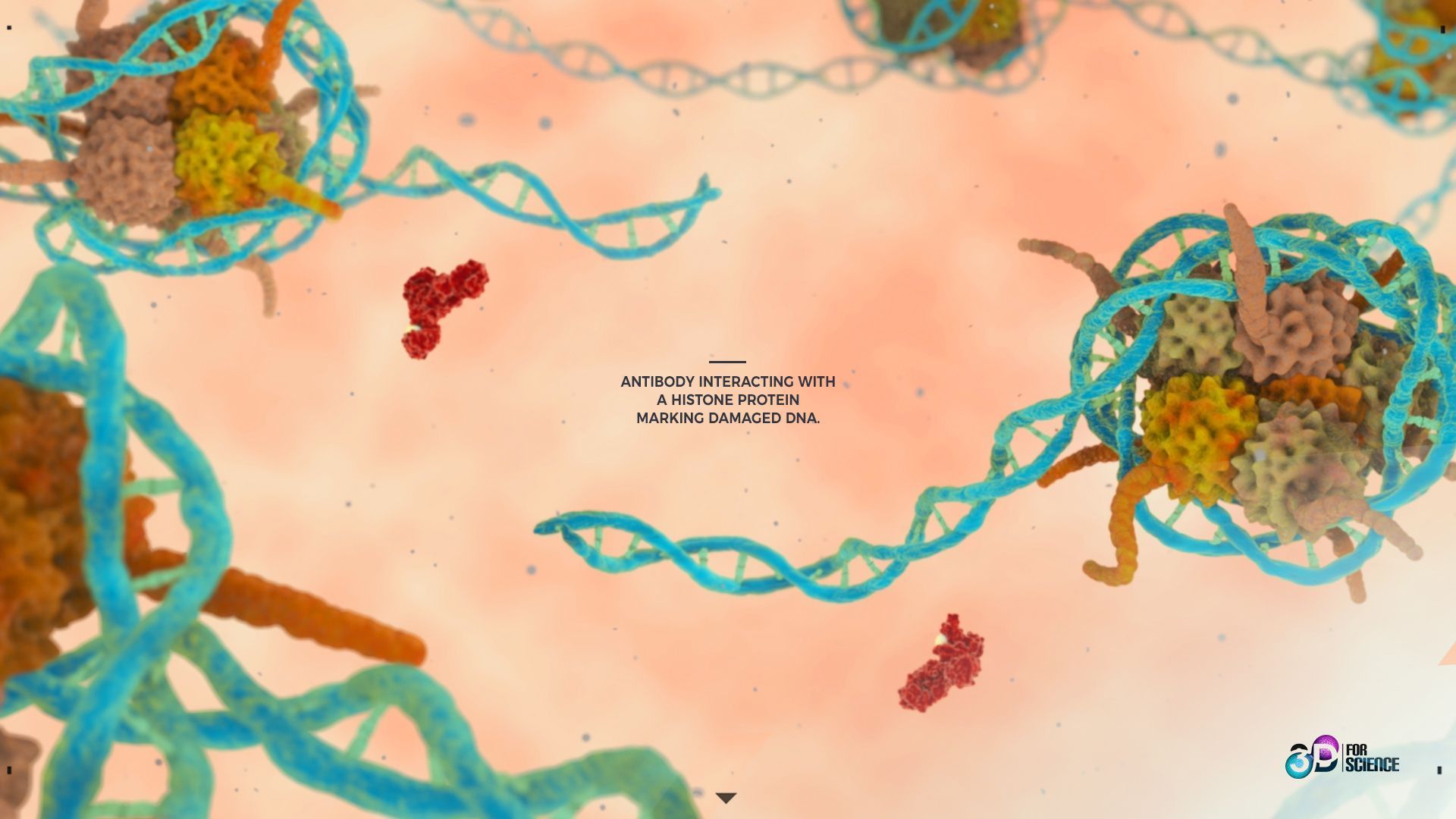 –
From the graphics delivered by the client ,we create a design with an esthetic unity and at the same time is developed an astounding and comprehensible image.

–
Regarding to the complexity of the project scenes , the entry of the antibody into the nucleus due to the number of elements that the scene where presenting (nucleus, porus, cytoplasmic protein, endoplasmatic reticulum,….) was the most challenging scene of the project.

Also the scene of histones recognition has a high complexity in terms of animation, caused by the scientific rigourosity that took in place; the DNA has to keep attached to the octamer of histones all the time. When the damage in DNA is produced; it generates a conformational change in the histones, all these elements have to be considered in all moment the interrelationship between the elements is crucial to the understanding of the technology .

Any cookies that may not be particularly necessary for the website to function and is used specifically to collect user personal data via analytics, ads, other embedded contents are termed as non-necessary cookies. It is mandatory to procure user consent prior to running these cookies on your website.