Differences between VR, AR and MR

There is a confusion about the differences between virtual reality (VR), augmented reality (AR) and mixed reality (MR). While all are immersive technologies (technology that integrates virtual and real-world elements) and have similarities, there are differences.

AR, VR and MR are all acronyms used to describe digital experiences that allow people to feel as though they are part of a virtual world at different levels. With immersive technologies developing so fast, and thanks to the acronyms, many people are becoming confused as to how each differs.

We will explain what each technology consists of in order to clarify these concepts.

Instead of providing a fully immersive virtual experience, augmented reality enhances the real world with images, text, and other virtual information through devices such as display screens, smart phones, tablets, smart lenses, and AR glasses.

Virtual reality seeks to create a completely immersive experience for users that are as close to real life as possible. Using headphones that provide 360-degree vision and move with the user in real space, as well as high-quality sound and motion controls that provide the greatest possible dexterity, VR technology allows us to experience things that we would never have thought possible.

Virtual reality is used in many fields, including the fields of medicine and pharmaceuticals. This technology is used to create sales, education and training tools that allow users to obtain a unique experience that has never been possible before.

In a mixed reality (MR) experience, which combines elements of RA and VR, real-world and digital objects interact. Instead of being added to the real world, the experiences are interactive to the point that they can be used in many applications. Characters and scenarios can be mixed with the real-world environment.

Augmented reality (AR): is an experience where virtual objects are superimposed on the real world environment through smart phones, tablets, screens with headphones or AR glasses.

Virtual reality (VR): is a totally immersive experience where a user leaves behind the real world environment to enter a totally digital environment through VR headsets.

Mixed reality (MR): goes one step beyond augmented reality where virtual objects placed in the real world can interact and respond as if they were real objects.

Our extensive experience within the field ensures all the content we produce is scientifically accurate, innovative, engaging, and pitched at the right level for the target audience. Would you like to bring your scientific messaging to life? Contact us. We would love to help you create something unique

Depression is a common mental health disorder characterized by persistent feelings of sadness, loss of interest in activities that were once enjoyable, changes in appetite or weight, difficulty sleeping or oversleeping, fatigue, worthlessness or guilt, difficulty... 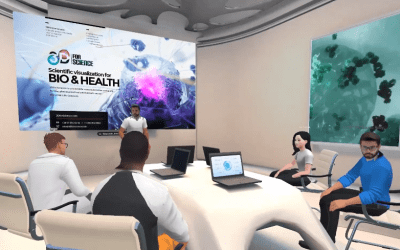 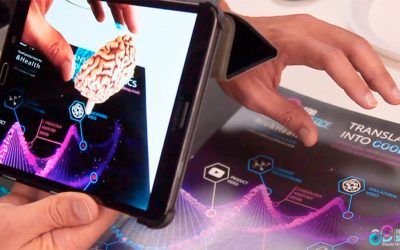 All know that AR interactive applications encourage greater engagement with your customer, helping them to understand closely and easily how your product works and the benefits it can bring. Augmented Reality types AR can take different formats. On other occasions, we... 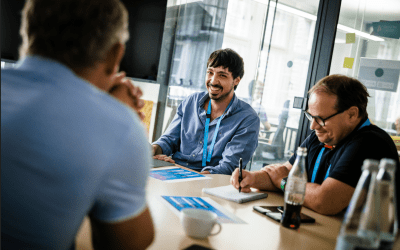 3DforScience has been selected with an Augmented Reality Project for Snapdragon SpacesProgram, by Deutsche Hubraum technology incubator.