First of all, before making a 3D animation video, our clients must know the great importance of our work method, that is why we explain each phase of the workflow, the role that our team of animators, graphics and scientists play in the creation of each animation project, taking into account that we work together with clients so that the ideas and wishes they require can be projected along with the input and guidance that our team provides.

Once the necessary reunions of the client have taken place it is time to set which the next steps are going to be. The client should have sent a briefing to 3DforScience so we know what is he looking for and to cap the price.

After we get in touch and based on the initial briefing, we define the script. This means that we start looking for references and source materials to define a solid base that helps us build the needs for our project. This script is going to be the base for all the projects. It is structured in 3 columns:

Once everything is structured we send it to the client to receive the feedback. They can modify whatever they consider necessary (add images, remove images, add explanatory comments on how they want to represent a scene…). Finally, after the approval of the client we will move to the next phase.

There also exists the possibility in which the client sends us the script as they want it and we are the ones that make slight changes to adjust it to the right timing. Additionally, we make our comments on what could be shown in the scenes.

This step consists of the creation of quick images by hand or 3D sketches of the scenes to give the client an overview of the whole project and to ensure that every single scene gets properly defined. It could be seen as a “comic drawing”. It is handy as the client can give his feedback which would be implemented on the visualizations. An important point that should be highlighted is that these are not going to be the final illustrations of the project.

At the same time that this phase is taking place the selection of the voice of the artist that is going to give life to the video is chosen.

In this phase, we translate what has been made by hand into 3 dimensional images. According to the branding references or specific preferences, we focus on the main elements to give the client an example of the final look&feel of the project. The specific textures and lightening for the illustrations are provided.

Like any other phase, it has its feedback round and proper feedback will result in a much easier animation procedure as the correct effects would be applied. In parallel, the voice over is being recorded so everything is set when the animation phase starts.

Here is where the magic happens! We see how things move and get the feeling of timing. After approving the animations we render and compose everything to match the quality and style of the visualizations. All the little pieces of the project are put together: the voice, the animations and the sounds effects; to achieve a stunning final delivery.

Thanks to our workflow and the importance we give to each phase that requires the creation of the 3D animation video, all our customers get the result they expected and even better. By allowing the client to intervene in each phase twice with their feedback to give their opinion, it generates an improvement in the results, since working in a team everything is always better.

The client has always control of everything is going on through the process every time. Nonetheless, the following timelines are subject to time the client spends providing feedback.

How Medical Devices Work: 3D Animation to Explain It

Medical devices are innovative technologies that have rapidly evolved in the last decade to improve people’s quality of life. Not too far ago it would sound futuristic to be able to receive medication from your chronic disease at home or to get rid of your glasses... 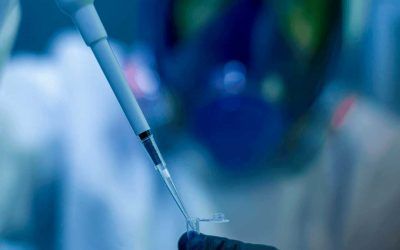 Commercialize a drug: 3D to speed up the process

The discovery and development of new drugs is a long process. According to various studies, it typically takes ten to twenty years from initial research to the market launch of a drug, including the six to eight years between Phase I clinical trials and market launch.... 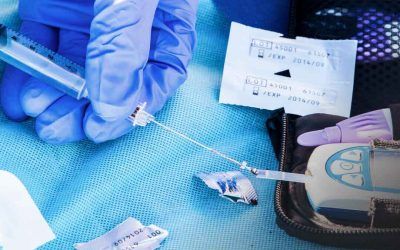 Biotechnology is defined as the use of biology to solve problems and make useful products, the most prominent area of biotechnology is the production of therapeutic proteins and o other drugs through genetic engineering.  Nowadays, biotechnology covers many different...

Surgeons have to combine both technical skills and academic knowledge to save people’s life. Being able to keep concentration under pressure is also an important skill for surgeons, as a mistake in a surgical procedure could be a matter of like or death. Nowadays, 3D...